Tamta Melashvili was born in Ambrolauri, Georgia, in 1979. After leaving school, she moved to the Georgian capital, Tbilisi, to study International Relations. However, she broke off her studies and spent a year living in Germany, where she started to write. In 2008, she graduated from the Central European University in Budapest with a degree in Gender Studies. She now lives in Georgia and is actively engaged in women’s rights and gender issues. She has written on female migration, for example in Georgian Women in Germany – Empowerment through Migration? Empowering Aspects of Female Migration (Saarbrücken, 2009). She published her first short stories on a literature portal online, and some have subsequently appeared in anthologies. Her debut work Gatvla (Counting Out) was acclaimed by Georgian critics as the work of “a new, highly distinctive voice”. /// As of November 20, 2014

“Assuming that something happens and they see us – she gave us another push – who knows who or what they’ll think we are in the dark. They could shoot at us, understand? We must shout out really loudly that we’re just kids. Then they won’t shoot at us. Understand? I said, “How do you know they won’t shoot at us? There’s a war on.” Ninzo said, “They won’t shoot, believe me.” She said it again, rather more emphatically. I said, “Give me a cigarette.” “What for? You’ll only have to throw up again, just leave it” “Give me one, I need one now.” And now I was the one pushing the swing. Ninzo said, “They won’t shoot at us.” She gave me a cigarette. “The main thing is that they don’t confuse us with someone else. If we get caught, they’re sure not to take the stolen things away from us. Especially if it’s the one with the blue eyes.”

— From “Abzählen” (Zürich, Unionsverlag 2012), unpublished translation from German to English by Catherine Hales 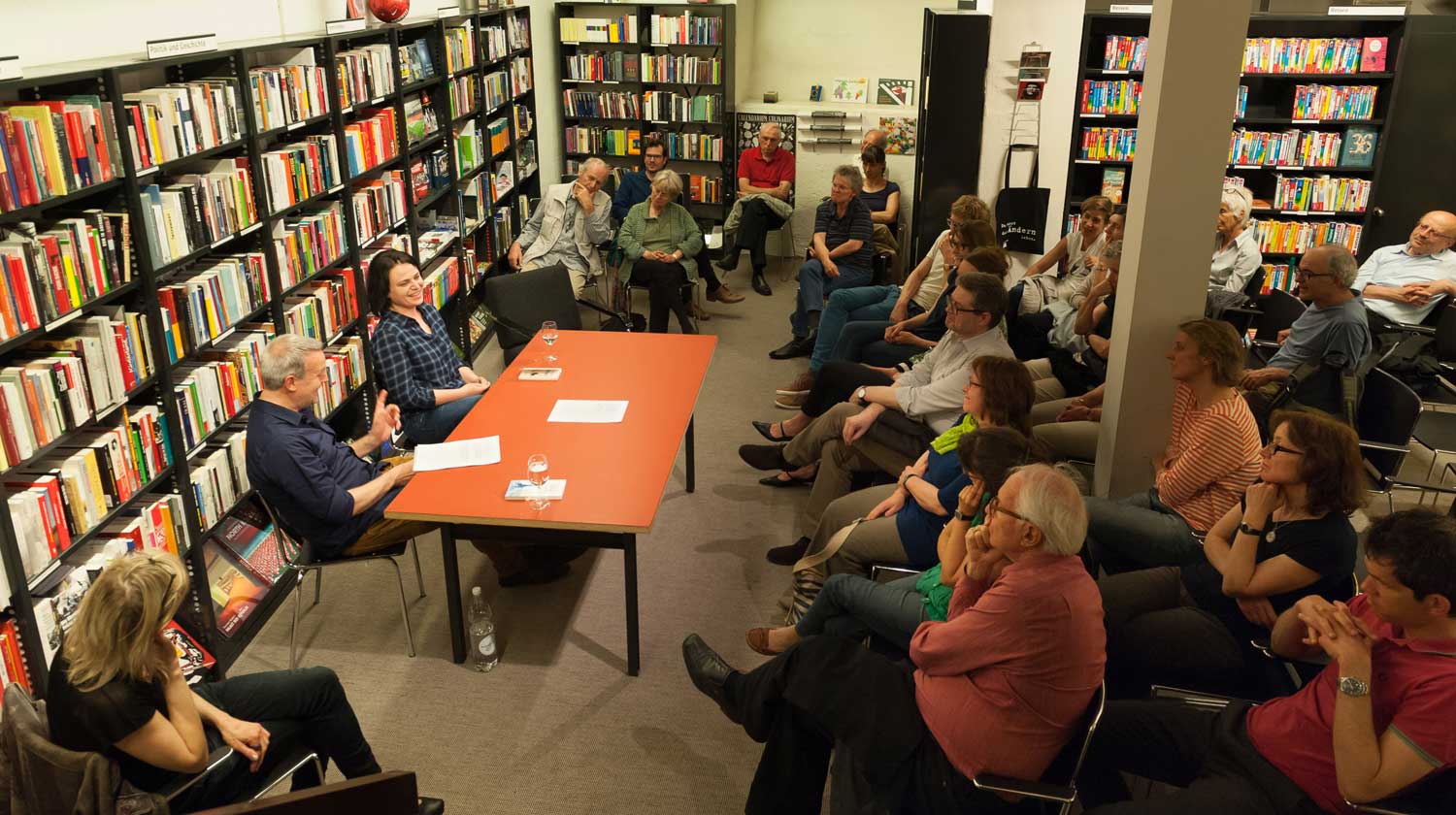 During her residency Tamta Melashvili gives a reading at the traditional “Buchhandlung im Volkshaus” in Zurich. Photo Ralph Hut