for what distinguishes silence

that is empty from significant silence 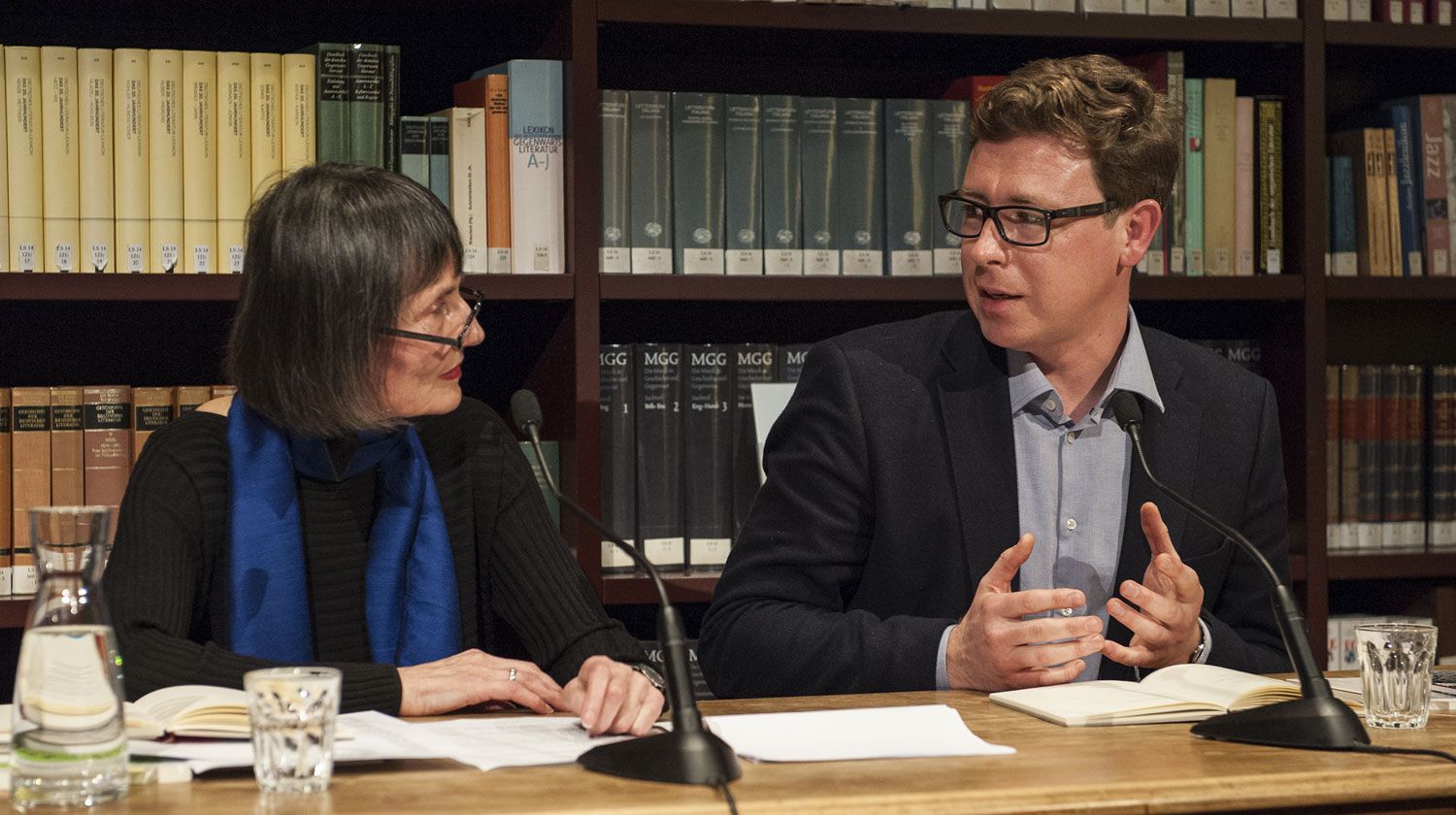 At a reading at the Literaturhaus Zurich on March 31, 2016, Tadeusz Dąbrowski talks to the literary scholar and writer Ilma Rakusa. Photo Ralph Hut