The Egyptian poet and theatre critic Girgis Shoukry was born into a Coptic family in Sohaq, Egypt, in 1967. After studying commerce, he graduated from the National Arts Academy in Cairo in 1994 as an art and theatre critic. From 1994 he worked as a theatre critic for a radio and TV magazine in Cairo. He co-edits the literary journal Aswat adabiyya (Literary Voices). His poems, written in Arabic, have been translated into Catalan, English, French, German and Swedish. He has taken part in many international poetry festivals and artistic exchange projects and is well-known outside Egypt.

Shoukry would like to rescue poetry from its ivory tower and give his readers new perspectives on the world around them. Like many other Egyptian writers of his generation, he is interested as a poet less in the big picture than in the individual. His poetry, sometimes melancholy and sometimes laconic, alerts the eye to the cracks in normality, revealing the solitude at the heart of people’s lives. /// As of May 28, 2013

My Hands on an Official Holiday

And the chair I’m sitting on /

But the chair you’re sitting on /

The table looks on /

— From “My Hands On an Official Holiday” (Cairo, Sharkyat Publishing House 2005) 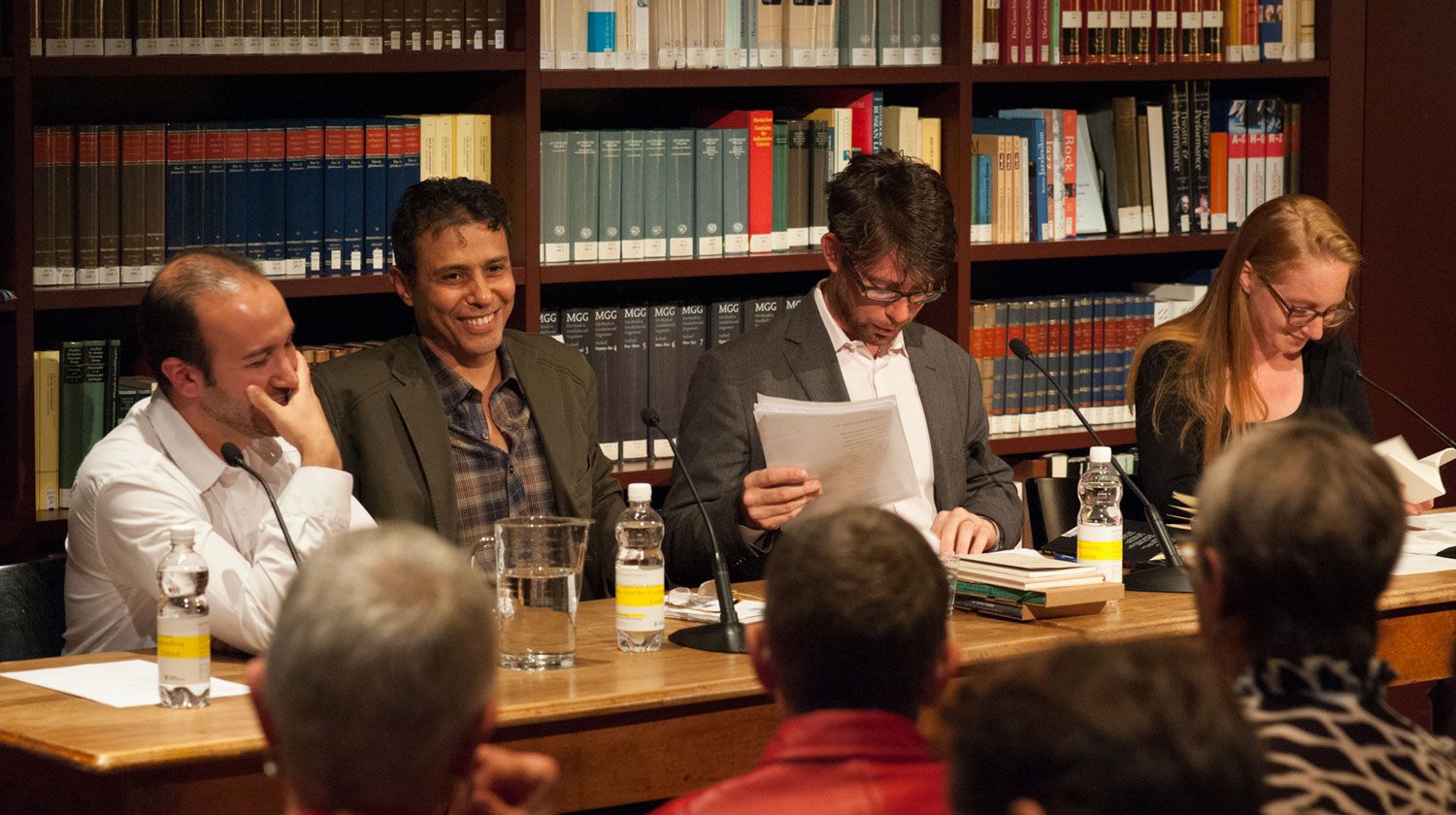 Girgis Shoukry reads from his poems in the Literaturhaus Zurich. Photo Ralph Hut